National survey found only a small portion of consumers are aware of the term “Value Based Care” and of those, less than half are able to accurately define it.

NEW YORK, NY – EmblemHealth, one of the nation's largest nonprofit health insurers, released its findings today in a national survey of what Value-Based Care means to patients and consumers. The national study found that only one in four consumers are aware of the term "Value-Based Care," and of those, only a quarter can define it accurately. These results are a call to action for health care professionals and policy leaders.

"Our findings show that it is crucial for health care leaders to improve communications around the purpose and benefits of Value-Based Care," said Karen Ignagni, EmblemHealth President and CEO. "Now is the time for health plans, clinicians, and policymakers to bring clarity, communication, and understanding of consumer familiarity with this language."

Value-Based Care has been actively discussed within the health care industry. EmblemHealth's study, meanwhile, sought to focus on patients and better understand their perspectives. It looked to understand whether patients who could benefit from the model are sufficiently aware of it. Additionally, the study asked if increased awareness of Value-Based Care influences patients' perceptions of their physicians, health plan, and even their own health. It also asked whether consumers want to learn about Value-Based Care, and if so, how. Nearly 1,000 consumers across the country ages 18+ were surveyed in the study, including a nationally representative sample across sex, age, and region.

As part of the survey, people indicated that quality of care resonates with them most when thinking about Value-Based Care, closely followed by affordability/cost. Moreover, the term "Value-Based Care," while commonly used within the health care sector and in policymaking, is not widely understood by consumers. However, when Value-Based Care is understood, consumers are very supportive of the mission and intend to improve health outcomes while reducing the cost of care.

Other key findings include:

Value-Based Care is a model that aligns payers and providers [doctors] by reimbursing providers for the quality of care given to ensure better patient health outcomes. The model represents a shift from the fee-for-service model, which reimburses providers based on the volume of services provided rather than the outcome or value. A key concept is that if prevention, early intervention, and care management succeed, individuals will remain healthy longer and pay less for service as other complex procedures are less required. This model is significant for improving population health and for controlling the costs of the entire health system.

In the years following the enactment of the Affordable Care Act in 2010, the value-based model has gained prominence through federal programs administered by the Centers for Medicare & Medicaid Services and has continued to gain traction among commercial payers. While the widespread transition from "volume to value" of services signals a shift in the paradigm of reimbursement arrangements, more understanding of how consumers perceive the model needs to be a focus.

"As the health care system continues to shift toward Value-Based Care, this survey gives us evidence that consumers are being left out of the conversation," added Ignagni. "We need to explain what new structures and practices actually mean to people to ensure they are empowered to make the best choices for their health journeys."

Below is a detailed infographic highlighting the Value-Based Care suvey findings. View a PDF copy of the infographic here.

Value-Based Care: A Shared Mission in Need of a Shared Language

Value-based care may be widely discussed in the industry, but are patients who benefit from the model sufficiently aware of it? Could increased awareness of value-based care influence a patient’s perceptions of their physicians, health plan, and even their own health? Do consumers want to learn about value-based care, and if so, how and from whom?

As a market leader in value-based care arrangements, EmblemHealth conducted a national survey in August 2021 to better understand the patient perspective and to answer these questions. 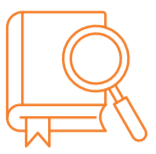 noun: a provider reimbursement model that aligns the interests of payers and providers and ensures that everyone works together to provide the best care at the right place and at the right time.

Only one in four consumers were aware of the term “value-based care,” and of those, only a quarter were able to accurately define it.

Quality of care is most associated with value, followed by costs.

A closed-ended question asking consumers what they most closely associate “value” with in their health care revealed that quality of care is most associated with value, followed by out-of-pocket costs.

“Quality” and “Cost” should be used in tandem within value-based care messaging to aid in understanding.

Consumers prefer definitions that highlight quality of care and affordability/cost over services, and a combination of all three. While quality of care is slightly preferred over cost, consumers feel the cost definition helps them directionally better understand value-based care. 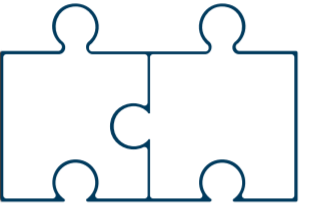 Providers and insurers need to work together to showcase how value-based care improves quality and cost of care.

When asked from whom the message around value-based care should be coming from, most consumers said from both their doctor and their health insurer. To communicate this to consumers, insurers and providers should utilize a shared communication language that is best understood by consumers to illuminate the path to better health at a lower cost to the larger system.

This EmblemHealth research was conducted online by Dynata and fielded August 12–22, 2021.
© EmblemHealth. All Rights Reserved.

About EmblemHealth
EmblemHealth is one of the nation’s largest nonprofit health insurers, with 3.2 million members and an 80-year legacy of serving New York’s communities. The company offers a full range of commercial and government-sponsored health plans to employers, individuals and families, as well as convenient community resources. As a market leader in value-based care, EmblemHealth partners with top doctors and hospitals to deliver quality, affordable care. For more information, visit emblemhealth.com.