NEW YORK, NY -- On Tuesday, November 1, 2022, EmblemHealth, one of the nation's largest nonprofit health insurers, and LaborPress, New York's leading source for daily labor news and industry information, hosted their 10th Annual Heroes of Labor Awards. With an 80-year legacy of serving New York communities, EmblemHealth has an unwavering dedication to caring for labor union members, working people, government, and municipal employees. This year’s in-person event honored the leadership of New York City’s unions and their hard work to keep the city that never sleeps running throughout the struggles of the COVID-19 pandemic and beyond.

“Many challenges have tested New Yorkers. We've lived through deadly hurricanes, terrorism, an unforgiving pandemic, incomprehensible prejudice and racism, and many other instances of hard times," said Karen Ignagni, CEO of EmblemHealth." We began this honor a decade ago after living through Superstorm Sandy and watching labor leaders and their members step up to maintain, protect, and keep New York City moving. They served selflessly with an unwavering commitment then, and they continue to serve the city we love now."

EmblemHealth and LaborPress proudly honored four labor leaders this year who helped keep New York City operating during the pandemic and acted as beacons to guide New York through one of the city’s greatest times of need. They are:

“It’s important to have partners [like EmblemHealth] that recognize the value of working men and women of the city and of people’s lives that we are here to celebrate today,” said Executive Director of District Council 37 Henry Garrido. “I accept this award with great humility on behalf of the more than 150,000 members of District Council 37.”

The event, which began in 2012, honors and celebrates all unions in New York City, including municipal labor and workers in the theater sector, who sustained the city’s preeminent entertainment industry despite venue and set closures during the height of the pandemic.

“It’s so clear the hard work that the labor leaders in this room have done to keep the city going and to keep the city safe and healthy over the past several years,” said Producing Artistic Director of Working Theater Laura Carbonell-Monarque during the ceremony. “[At Working Theater], we ask how we can talk about the arts in a way that measures up to the important work that the folks who kept our city running have done. The stories of working people need to be told and belong on the professional stage.”

City employees, artists, actors, teachers, and frontline, transportation, building service, sanitation, uniformed, and emergency service workers' invaluable work and contributions kept the vibrant mosaic of New York City thriving during one of our darkest moments—and they all deserve praise and recognition. EmblemHealth’s 10th Annual Heroes of Labor Awards is one way to show them appreciation.

Check out the 2022 Heroes of Labor Awards highlight video and photos from the event below. 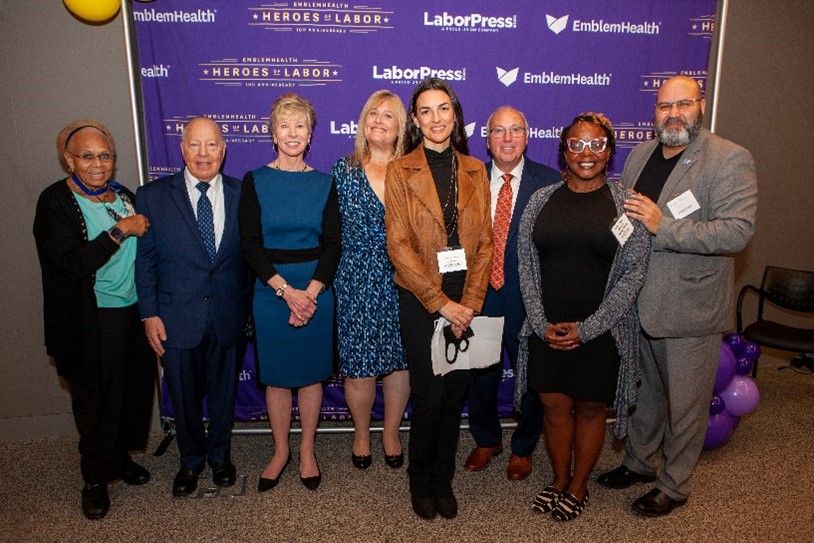 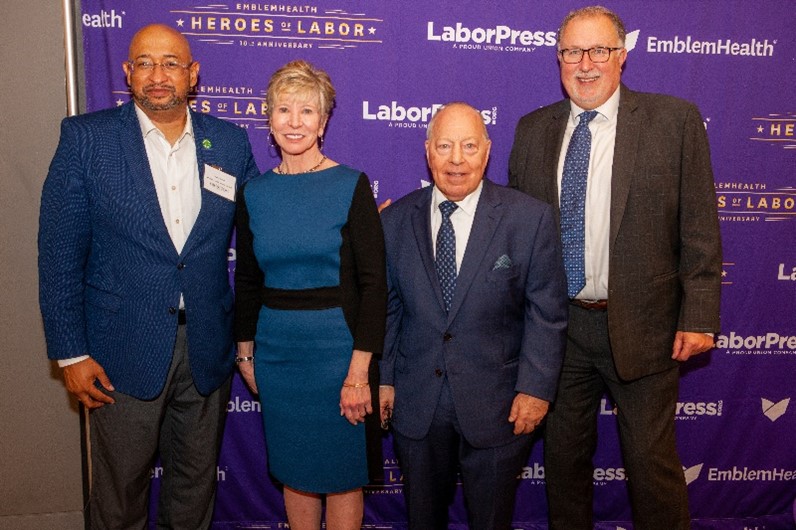 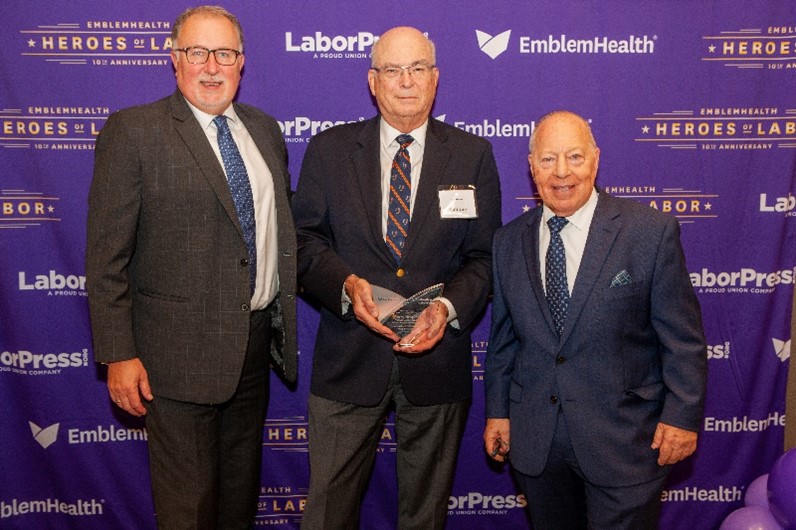 EmblemHealth is one of the nation’s largest nonprofit health insurers, with 3.2 million members and an 80-year legacy of serving New York’s communities. The company offers a full range of commercial and government-sponsored health plans to employers, individuals, and families, as well as convenient community resources. As a market leader in value-based care, EmblemHealth partners with top doctors and hospitals to deliver quality, affordable care. For more information, visit emblemhealth.com.